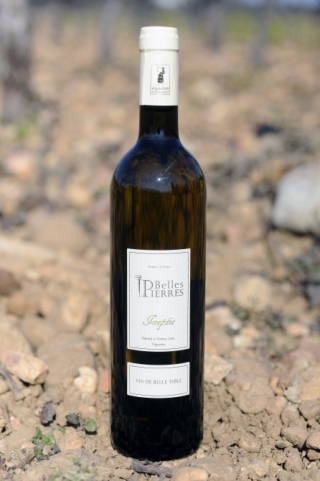 This cuvee owes its name to the strict enforcement of the AOC Coteaux du Languedoc regulations. The weather conditions of the 1996 vintage, combined with the fact that the owners of the Domaine have always affirmed their wish to harvest grapes at full maturity, meant that in this vintage the Roussanne grapes were picked beyond 15% alcohol. After fermentation and 12 months ageing in barrels, the analysis carried out before bottling posted 14.8%alc. The wine was subjected to official tasting which for Damien appeared to be a mere formality. Much to his surprise, the wine, which had scored well during three tastings, was rejected. The wine did not meet the analytic standards (residual sugar under 4 g/l) stated in the Appellation du Languedoc decree and the wine was consequently downgraded to table wine status. Damien Coste decided to name this wine “Ineptie” to honour this decision.

Since then, and in light of the success achieved among its clientele with the fortuitous 1996 vintage, this cuvee has become a mainstay of the Domaine.

Elaborated only in years permitting the harvest of overripe grapes, this limited cuvee bears the stamp of an atypical wine of character.

Make sure you enter all the required information, indicated by an asterisk (*). HTML code is not allowed.